OK
Delete ?
Warning: Adult Content
The content you were about to view is not suitable for minors.
The page that you are trying to access contains adult content, which may not be suited for minors. Please verify that you are aware of this, and are within legal age limit to access this content. Note that we take no responsibility for any content if you decide to proceed to this page as a minor.
Leave this page
I am an adult, continue
The Escape: Chapter 5
Like
Drag & Drop

No renderings uploaded yet
99
13
About
Inventory
Share
READ CHAPTER 4 BEFORE READING THIS!!!

“Alright, listen up!” Op said. “We’ll set a sensor beacon up 20 meters from this position. Lax, you’re in charge of scanning and telling your sharpshooters where those mines are. After we disable one of those mines, we’ve got 5 minutes tops before clankers come flooding out of that outpost. Gman, you stay here and provide cover in case they come early. Dragon, you’re with me and Wilder. Understood?”
“Sir, yes sir!” All of Raven squad responded.
“Good. Now, who’s the fastest runner?”
“Probably me,” Wilder responded casually.
“Great,” Op said with a smile in his voice. “Go place that sensor beacon.”
“Hmph,” Wilder scoffed. “Now, shinies. Watch how the pros do it.”
He vaulted over the downed tri-droid and sprinted towards the outpost. Skidding to a stop, he placed the sensor beacon and started running back. Within 10 seconds, Wilder was back behind the tri-droid and barely breathing hard.
“Not bad,” Op remarked.
“Thanks,” Wilder responded.
“Alright, Lax. Show your ‘sharps’ where those mines are.”
“Yes sir!”
Lax started to list off coordinates from the data-pad he was looking at.
“Wait!” Gman yelled.
“What?” Op and Wilder asked simultaneously.
“We’ve got a way to get to the outpost, do you have a way to get in?”
“I thought we were just going to make it up on the fly,” Wilder responded.
“Seems like a terrible plan, but okay.”
“What would you have us do instead?” Op asked with interest. He normally didn’t like taking orders from others, especially shinys, but Gman seemed like he had a good idea.
“Okay, here’s the problem. Clankers will come out of that outpost as soon as we disable the mines, like you said. But what if they can’t?”
“What are you getting at, Shiny?” Wilder asked.
“Well, see this tri-walker here? It seems like some of the weapons are still intact. Dragon is pretty good with circuit boards, I think he could figure out a way to fire them.”
Op and Wilder looked at each other and smiled under their helmets. “Good work, cadet. Now, Dragon, you think you can do it?” Op asked.
Dragon looked closer towards the fallen and battered tri-walker. He noticed the rockets were still full and saw a few loose wires.
“Hmm, maybe. There’s some damage, so the conventional ways probably won’t work. How did you take this thing down anyway? I don’t see any heavy blaster marks, just some heat scarring.”
Op and Wilder glanced at each other.
“Some other time. Any progress?”
“Yeah, I think I figured out-” Dragon was cut off by blaster fire, and the sound of droids marching towards their hideout.
“Uh-oh,” Wilder muttered. The cadets seemed terrified.
“What do we do!?” Asked Lover, fear in his voice.
“Lover, Gman, get up on that ridge so we have some sniping positions,” said Op, pointing to the ridge off to their side.
“Lax, Green, Wilder, you’re with me,” said Op.
“We’ll give Dragon cover fire while he’s fixing up this tri-droid if the droids get too close.”
“Once you get that up and running, we can use it to fight back against the droids.”
“Sir, yes sir!” Lax, Dragon, and Green responded.
“Everyone, fan out!” Op yelled, preparing for the coming battle.
“We’re ready, sir,” said Lax and Green, with Lax propping up his Z-6 Rotary Blaster Cannon and Green propping up his DC-15S.
“Green and Wilder, I want you two firing from behind this mound of dirt,” said Op.
“Lax, you’ll be positioned where that tri-droid leg is. But, I don’t want you out in the open area, so try to keep your body behind the barricade while still firing down at the droids.”
Wilder had been using his rangefinder to track the droids’ movements. “1,000 meters away,” said Wilder.
“1,000 meters away,” Lax echoed, using the comms so Gman and Lover knew as well.
“700 meters,”
“600 meters,”
“Everyone ready?” asked Op through the commlinks.
A yep came from each soldier.
“500 meters,”
“Prepare your weapons!” yelled Op.
“400 meters,”
“300 meters,”
“They’re closing in!”
“The Tri-Droid is fixed!” said Dragon.
It started to awaken, slowly at first but then fast, and all of a sudden, a droid with three legs was towering over them all.
“I should be able to program it to attack those droids,” said Dragon.
“Do it quickly!” said Op.
“200 meters,”
“Almost got it”
“100 meters,”
“Done!” said Dragon in a relieved voice.
“Everyone take your positions!” yelled Op.
“The droids are in range. Fire on my order.”

Members of this chapter:

Credit to @Guitarman2 for designing the guns on the clones, helping me with the writing, and designing Op and Wilder!

Credit to @Operator011 for helping me with the writing as well!

Credit to @Empire_1 and @Echolord_0408 for the custom prints!
The Escape
Download model inventory: CSV | Bricklink XML
0
Part
Image
Quantity
Name of the part
Direct Link
Embed Viewer
16 comments
Post comment
Login to comment
General_Veers
Happy to read this next chapter!
Very nice!
justyouraveragebuilder
it's nice to see that you are starting production of the stories again!
SlimBrick1
been waiting for this one! cool chapter!
Dragon_Rider06
First up, I love the purple armour! It looks so cool!
Great writing! Not top-heavy on description, you use dialogue very well to describe the scene. (Something I'm still working on.)
It's very engaging! Great work!
Prider
Since their may be a bad guy could I be him??? Nice job Lax!
Lax_Swag5
G_V: Thank you!

justy: Yep. There's another one planned after this one, except there are a few plots we have set, but can't decide on.

Slim: Thank you very much!

D_R: Thank you! I like it too! Thanks! That means a lot coming from an awesome writer like you

L_T: I stopped letting people join months ago, and the people who asked to join won't be in it, considering I got rid of that idea. But, some people may be mentioned, but again, I stopped letting people join, so no, you can't be.
justyouraveragebuilder
waaiit, whaddya mean by "we"
*narrows eyebrows*
Dragon_Rider06
@Lax, You're welcome! And thanks!
AABuilds
Awesome! I love how things are going in the chapters!
jduenvjejxvdrfgrfhghg
Wanna see my new model? https://www.mecabricks.com/en/models/79a85g8m28w
SlimBrick1
please don't self advertise on Lax's model
Lax_Swag5
No, I don't want to see it.
Do not self-advertise your models on my models.
Digital_Guy_4
Dude don't self advertise!
Digital_Guy_4
oh you guys got it.
AABuilds 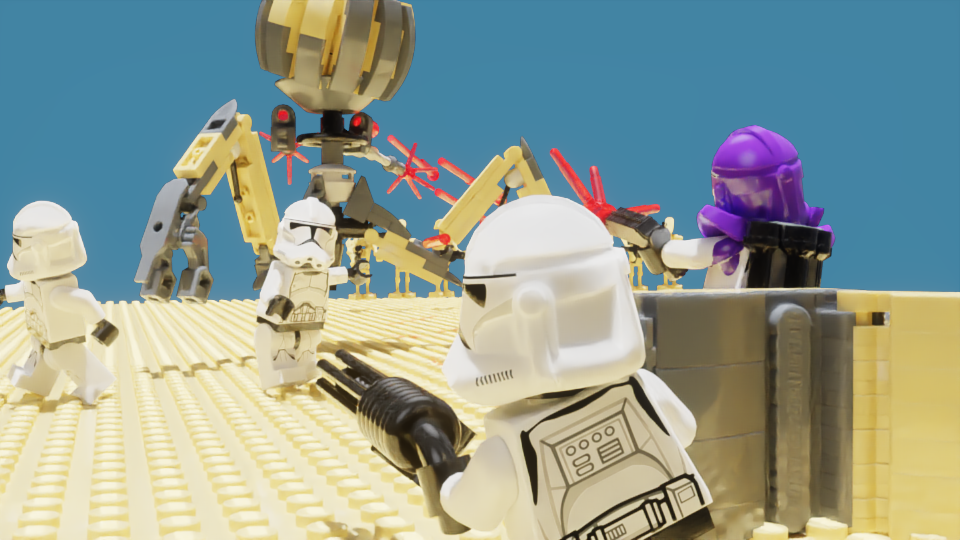 AABuilds
It's just a render I made based off of this chapter
by Lax_Swag5
209 models | 21.1k views
Suggested Models
ghosty - Halloween justy variant
by justyouraveragebuilder
Optimus prime (Shattered glass)
by supercanada
Wind Turbine for LEGO workshop
by LCEEC